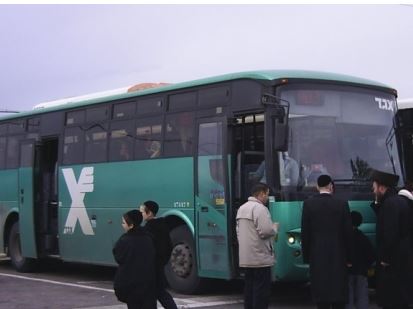 A Palestinian bus driver was injured, Thursday, after a number of Israeli extremists assaulted him at the Central Bus Station in West Jerusalem.The driver, identified as Anwar Tawil, 32, works for the Israeli Egged Bus Company.

He hospitalized after a number of Israeli extremists assaulted him on Thursday evening.

They added that Tawil was talking with another man in Arabic before the Israeli extremists assaulted him.

He suffered several cuts and bruises to his back and legs, and was moved to the Shaare Zedek Medical Center suffering moderate injuries.

On Saturday at night, December 6, a Palestinian bus driver, also working for the Egged Bus Company, was injured after a number of extremists boarded his bus in occupied Jerusalem. http://www.imemc.org/article/69945