Settlers Attempt To Kidnap A Child Near Nablus 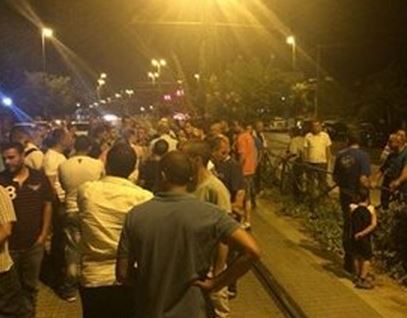 A number of extremist Israeli settlers attempted, on Friday evening, to kidnap a Palestinian child on the main road, leading to Huwwara village, south of the northern West Bank city of Nablus.The child, Nadim Majd As’ous, 4 years of age, from Burin village south of Nablus, was with his father, who works as a Palestinian security officer, when a number of settlers driving on the road, stepped out of their car, and approached the child before attempting to grab him.

The father stepped out of his car for a minute before the settlers approached his car, but they ran away when the child started screaming.

The child suffered from shock, and was moved to a local hospital for treatment, the Maan News Agency said.

The father drove after the settlers, but they managed to enter the Bracha illegal settlement, built on lands that belong to residents of Burin village.