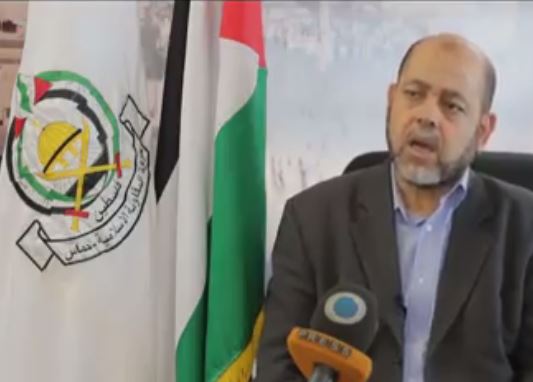 Dr. Mousa Abu Marzouk, deputy head of the Political Bureau of the Hamas movement said that Hamas is committed to Egyptian-mediated ceasefire agreement, as long as Israeli is committed too.On his Facebook page, Abu Marzouk said Hamas is not pleased with the repeated Israeli violations, adding that Israel must stop its attacks and violations.

“We in Hamas are committed to the ceasefire, as long as Israel is,” he said, “We of course know the enemy has hostile policies. It’s violating all what we agreed upon during indirect talks mediated by Egypt.”

“In general, should the enemy be committed to ceasefire, then we are also committed; the latest bombardment came after a shell was fired into Ashkelon,” the Hamas official stated, “We are working with all resistance groups to remain committed to ceasefire so that we don’t give the enemy a chance to bombard border areas, or other areas in Gaza.”

He also said that Hamas is interested is maintaining calm and avoiding any escalation in the area, and added that “should Israel continue its violations, then all options are open; we can deal with any situation that emerges.”

Commenting on the internal Palestinian situation, the Hamas official said there should be better political policies and real changes on the ground “so that we can perform our duties towards our people.”

“There are many regional and international parties involved in this process either by direct support, and financing, or by pressuring Israel into halting its violations,’ he concluded.

On Friday at dawn, the Israeli Air Force carried out two air strikes targeting in Khan Younis, in the southern part of the Gaza Strip. http://www.imemc.org/article/70058