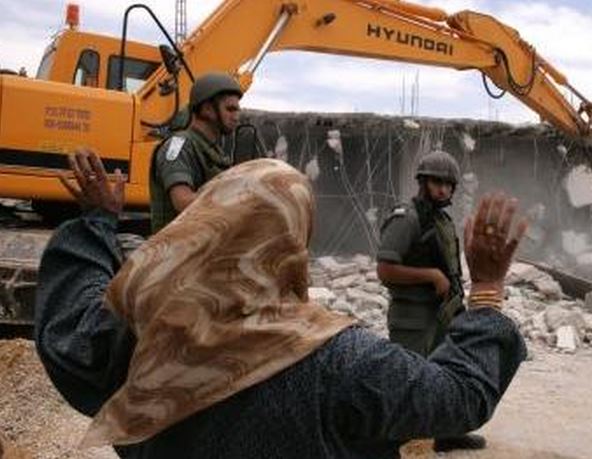 He added that, two days ago, soldiers and personnel of the Civil Administration Office, run by the army in the occupied West Bank, invaded the area and informed al-Khatib he needs to head to their main office in Beit El settlement on Wednesday December 24, to discuss his property and legal measures.

However, the army did not want to wait for legal procedures, and demolished that property that provides livelihood to several families.

Al-Khatib said he, and many families, asked the soldiers to give them a couple of hours to remove the machines and equipment, but the soldiers refused, and demolished the building.