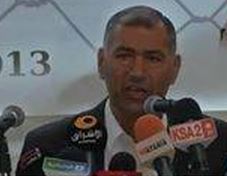 Abdul-Nasser Ferwana, head of the Palestinian Detainees Committee, and a member of its follow-up committee in the Gaza Strip, stated that the ongoing arbitrary kidnappings, carried out by the Israeli army, especially since the second half of this year, have led to increasing the number of Palestinian detainees to more than 6500.Ferwana said the arrests are largely carried out as “acts of revenge” and retaliation against a civilian population, and that most of the kidnapped Palestinians have nothing to do with acts “that could endanger the security of Israel.”

He added that hundreds of Palestinians have been kidnapped and released shortly afterwards, without even being sent to court or facing any charges.

The army kidnapped more than 4000 Palestinians since June 12, when three settlers went missing and were later found killed, while most of them were released later on.

“Latest statistics indicate that the current number of detainees is 6500, held in 18 prisons, detention camps and interrogation centers,” Ferwana said, “200 of them are children. 21 are women, and nearly 500 are held under administrative detention, without charges or trial.”

Israel is still holding captive the elected head of the Palestinian Legislative Council, Dr. Aziz Dweik, along with the Secretary-General of the Popular Front for the Liberation of Palestine (PFLP) Ahmad Saadat, member of the Executive Committee of the Fateh Movement Marwan Barghouthi, and several former government ministers, and officials.

The former political prisoner added that 478 detainees are serving at least a life term each, including detainee Abdullah Barghouthi, who has been sentenced 67 life terms and additional 250 years.

The ailing detainees suffer from different conditions, some very serious conditions that require surgery and advanced medical attention. Many detainees lost the ability to walk, while several detainees are amputees.

In addition, Ferwana said every Palestinian detainee suffered from at least one form of torture or violence, physical and emotional, in addition to degrading treatment targeting them and their families, and bad living conditions that violate the basic principles of human rights, all related international agreements and conventions.

He called on the international community, all related human rights and legal groups, to perform their duties and pressure Israel into abiding by all agreements, and human rights treaties.