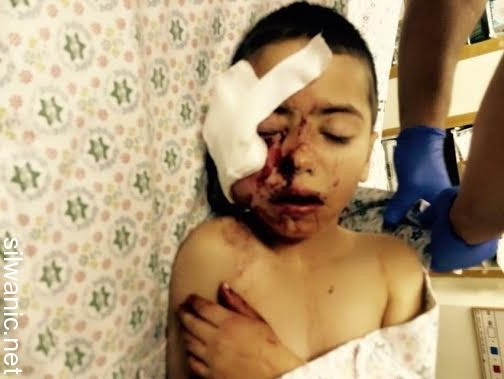 Israeli forces in occupied East Jerusalem shot 5-year-old Muhammad Jamal Ubeid in the face with a rubber-coated steel bullet, Wednesday afternoon, as he was exiting a school bus on his way home.’An Israeli soldier fired a black rubber-coated bullet at the child from a close distance, injuring him under the eye,’ the boy’s uncle told Ma’an News Agency.

The incident is said to have taken place in the East Jerusalem village of al-Isawiya , where Muhammad’s family lives.

The uncle stated that Muhammad and his 14-year-old sister had just stepped out of a school bus and were walking home when Israeli forces shot him. He also said that there had been no confrontations at all, in the area, at the time of the shooting.

An Israeli police spokesman did not return a request for comment, according to Ma’an.

East Jerusalem neighborhoods like al-Isawiya , in recent months, have seen the escalation of heavy police presence and widespread protests amid increasing outrage over Israeli occupation violations and discrimination.

Palestinians in East Jerusalem have residency status but no citizenship since Israel occupied the city in 1967, despite the fact that the vast majority are born and raised in the city and trace their heritage back into the generations.

Israel captured East Jerusalem from Jordan in 1967 and later annexed it, in a move never recognized by the international community. It is officially recognized as Palestinian territory, though Israeli violation continue unabated by powers that could intervene. 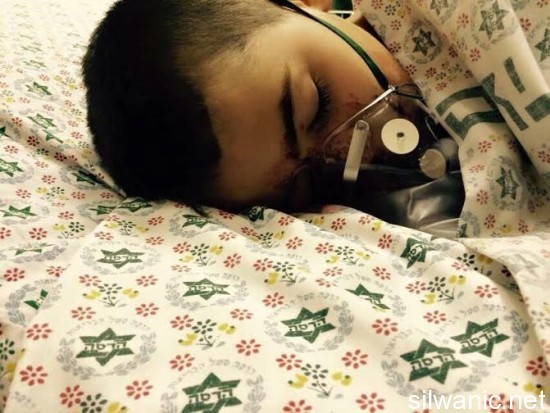