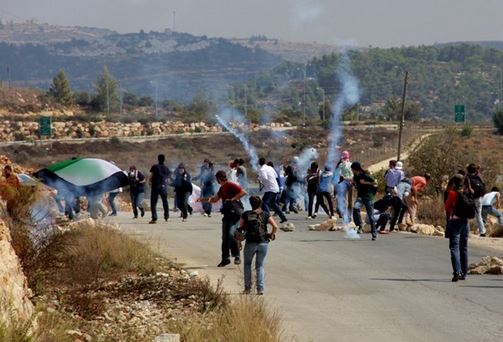 In addition, soldiers invaded the northern area of the al-‘Arroub refugee camp, north of Hebron, and started fortifying the barbed-wire fence surrounding the camp.

Local sources said the clashes extended to several neighborhoods in the camp, and that the army fired dozens of gas bombs, and rubber-coated metal bullets at the residents, and at a number of homes.