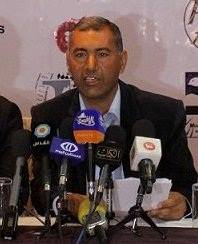 Head of the Census Department of the Palestinian Committee of Detainees and Ex-Detainees, Abdul-Nasser Ferwana, stated Sunday that the Israeli army has kidnapped 6059 Palestinians in 2014.The former political prisoner said, similar to previous years, that the arrests carried out by the army targeted all sectors of Palestinian society, with a dangerous escalation in the abduction and imprisonment of children.

“There hasn’t been a single day that did not witness the abduction of Palestinians,” Ferwana said. “On average, the army has kidnapped 505 Palestinians each month; approximately 17 a day.”

Ferwana also said that every Palestinian who was kidnapped and imprisoned by Israel was subjected to at least one form of physical or psychological torture, in addition to humiliation and abuse, either in public or in front of their families — an issue which constitutes a direct violation of International/Humanitarian Law.

Ferwana has called on all pertaining legal and human rights groups, as well as various media agencies, in order to highlight the detainees’ cause and the ongoing suffering of the Palestinian people, adding that detainees are subject to daily violations and assaults.

Arrests carried out by the army in 2014:

Former Detainee, Director of Statistics Department in the Commission of Detainees and Ex-Detainees Affairs, and head of the committee to manage its office in the Gaza Strip.