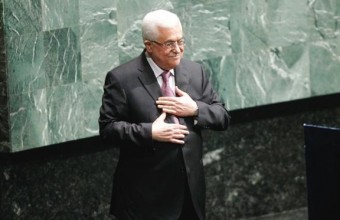 In a statement posted on the UN’s treaty website Tuesday night, United Nations Secretary General, Ban Ki-moon, said: ‘The statute will enter into force for the State of Palestine on April 1, 2015.’On Monday, ICC registrar Herman von Herbel confirmed that the body has received documents by Palestine declaring its acceptance of the body’s jurisdiction, the Palestinian News Network (PNN) reports.

This paves the way for the court’s investigation of Israeli crimes committed during the recent war on Gaza which killed over 2,000 people, mostly from the civilian population.

When Palestine accedes to the Rome Statute, the Hague-based court would be able to prosecute Israeli officials for crimes they have committed, over the past months, in Gaza and the West Bank.

The ICC started its work in early July of 2002, when the Rome Statute entered into force as the foundational and governing document. Currently, there are 122 states, which are party to the Rome Statute and, thus, members of the ICC.

The United States and Israel, along with Sudan, have said that they no longer intend to become states parties and, therefore, have no legal obligations arising from their former representatives’ signature of the Statute.

Israel and the US are extremely angry about Palestine’s attempt to join the ICC, with US officials calling the move ‘counter-productive’. Israel has also halted the transfer of more than USD 120 million in taxes belonging to the Palestinians, in retaliation for their application to join the ICC, and have vowed collective punishment, Press TV also reported.

Palestinian President Mahmoud Abbas signed the request to join the ICC after the United Nations Security Council rejected a Palestinian proposal for statehood on December 30.