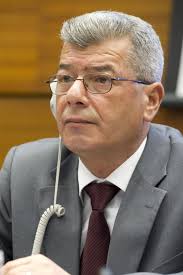 In January 2014, during a similarly severe winter storm, the Israeli Public Defenders Office reported that Palestinian children were placed in an outdoor cage during the storm, writing on their website ‘During our visit, held during a fierce storm that hit the state, attorneys met detainees who described to them a shocking picture: in the middle of the night dozens of detainees were transferred to the external iron cages built outside the IPS transition facility in Ramla’.

The British Independent newspaper wrote at that time, “It turns out that this procedure, under which prisoners waited outside in cages, lasted for several months, and was verified by other officials.”

There has been no followup since last January to that report, and the practice of placing children in outdoor detention during the winter is apparently unchanged since that time.

Even those held in indoor facilities face the problem of a lack of heating in the prisons, and the cells where most prisoners are held are no warmer than the temperature outside, which continues to be below freezing.

Issa Qaraqe of the Palestinian Prisoner Society called on international human rights organizations to intervene on behalf of Palestinian prisoners held by the Israeli authorities, which he says now number over 7000.