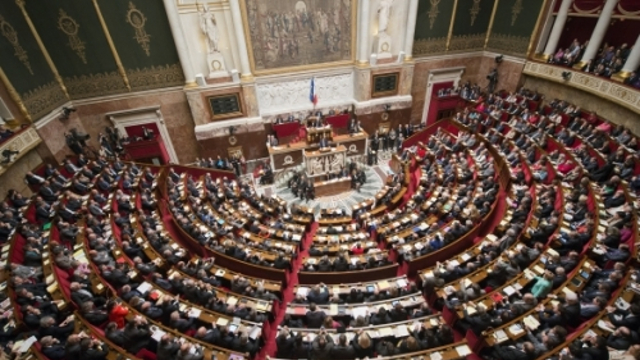 Israel’s foreign ministry has a bleak forecast for the country in 2015.

A classified document speaks of continuing European steps against Israel, including discussion of sanctions and labelling of settlement products, renewed pressure following the March elections and a possibility that the United States may not use its veto to support Israel in the UN Security Council.

A classified document of Israel’s foreign ministry, published in part this morning by the Yedioth Ahronot newspaper, paints a picture of what Yedioth calls a ‘political tsunami’ facing Israel in 2015.

The document warns of a continuing drift of European countries toward Palestinian positions, noting that “This is expressed in a continuation and exacerbation of the process of recognising a Palestinian state in (European) parliaments“, although it adds that “American influence has succeeded thus far in delaying practical decisions until after the elections in Israel.”

The foreign ministry warns in this document of a continuation and sharpening of European moves against Israel, including “the labelling of settlement products, halting of the supply of spare parts, discourse about sanctions against Israel, a demand for compensation for damages caused by Israel to European projects in the territories, European actions in Area C and more”.

Noting that “Europe is the primary trade partner of Israel”, the document notes that “Internal processes in Europe and their possible ramifications on future of the union must be evaluated, in addition to radicalisation trends and the rise of radical right and left wing forces, the expected elections in Greece which are liable to put an end to the special relations with Israel, the 2017 elections in France and more”.

Touching upon the United States, the document states that “In light of the systematic Palestinian policy of duplicating the conflict in the international sphere, there is no assurance that the United States will continue to use its veto after the elections in Israel. Following the elections we will stand before a renewed challenge on the Palestinian issue, which will also have implications for relations with America”.

The foreign ministry document also reviews the situation in the Middle East: “In the region additional meaningful processes are occurring, for example the arming of the Hamas and Hizbullah terrorist organisations, which are developing capacities and even substantially improving them. Precise weapons are becoming more widespread. Terrorist organisations are acting to improve their precision alongside a strengthening of abilities in the field of unmanned aerial vehicles. Israel’s arena for dealing with these threats is not disconnected from what is happening in the Palestinian arena.”

Finally, the document anticipates that a western agreement with Iran will be reached already in the first half of 2015 and that Israel will be amongst the sole countries to oppose it. This isolation, the document adds, is liable to get stronger in light of the continuing criticism of Israel concerning the Palestinian issue.