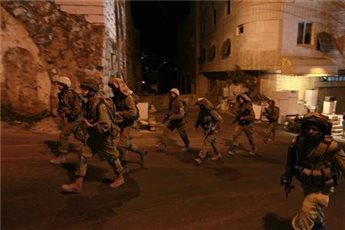 Three Palestinians required medical treatment, Sunday morning, after being assaulted by Israeli soldiers while working at a bakery in the center of Nablus.Palestinian security sources told Ma’an News Agency that Israeli military forces entered the city center in the area of Shuhada Square, early Sunday, where they carried out a number of raids on stores in the Anabtawi building.

They entered the Palestine Bakery and, during the raid, physically assaulted three workers.

Nayif Muhammad Ali al-Shami, his brother Jihad al-Shami, and Muhammad Ali Ramadan were taken to al-Watani Hospital in Nablus, as a result of the incident, and were later discharged after receiving treatment.

Security sources said that, during the Nablus raid, clashes also took place between Palestinian youth and soldiers, in the streets.

The Israeli military did not immediately respond to a request for comment.