Israel To Demolish A Park Near Jenin 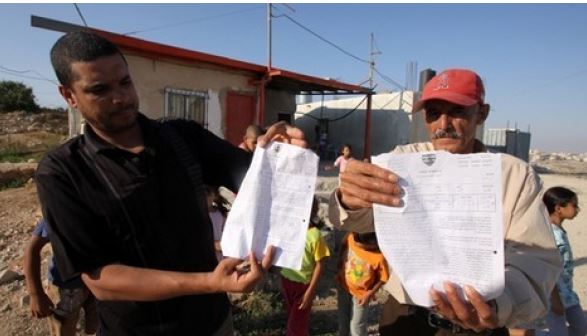 Israeli soldiers invaded, Monday, Barta’a village, southwest of Jenin city in the northern part of the occupied West Bank, and handed a demolition order of an amusement park, run by the Barta’a Cooperative Society. Photojournalist Baha’ Qabaha, said a large military force, accompanied by personnel of the Israeli Planning and Construction Committee, invaded the park, and ordered a halt on ongoing constructions in preparation for completely removing the park.

Qabaha said is the third warrant issued by the Israeli military against the public area and its amusement park, adding that the village and its public facilities are subject to frequent Israeli violations, including the destruction of homes and property, in addition to repeated invasion and arrests.

The village lost hundreds of Dunams of farmlands for Israel’s military and settlement activities, while the army has a permanent roadblock on the road that leads to the villagers’ lands and orchards.

Extremist Israeli settlers also carry out frequent attacks against Palestinian lands and orchards in the area.