Army Kidnaps A Palestinian In Bethlehem 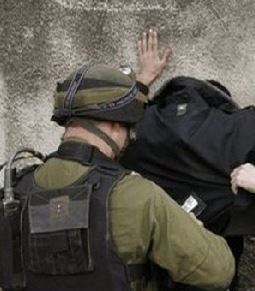 Israeli soldiers invaded, on Sunday at dawn, the Deheishe refugee camp, in Bethlehem, kidnapped one Palestinian, and handed another Palestinian a military warrant for interrogation.Local sources said several army vehicles invaded the camp, south of Bethlehem, searched and ransacked a number of homes, and kidnapped a young man identified as Mohammad Saifi.

The soldiers also handed a man, identified as Sakhr Yousef Thweib, 42, a military order for interrogation in the Etzion military and security center.

The invasion led to clashes between the soldiers and local Palestinian youths, no injuries were reported.