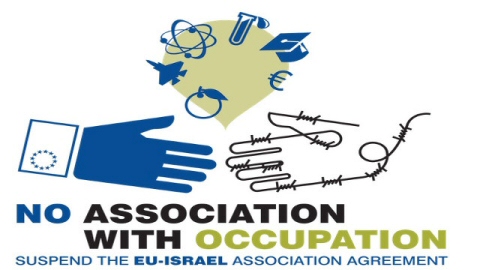 A group of 63 influential MEPs have called on EU foreign policy chief Federica Mogherini to suspend the EU-Israel Association Agreement, the main treaty between the EU and Israel.The unique cross-party initiative is the first time so many MEPs have called for such tough measures against Israel since its massacre of more than 2,300 Palestinians in Gaza last summer.

“Amnesty International and Palestinian organisations have documented that Israel deliberately targeted civilians and committed other war crimes during its recent onslaught against Palestinians in Gaza. These are serious violations of international law and international humanitarian law that cannot be tolerated,” the MEPs from the 5 biggest parties in the European Parliament stated.

“We call on the Commission to consider the suspension of Association Agreement with Israel unless Israel takes substantial and immediate steps to bring its conduct in line with international law,” the MEPs demand.

The letter echoes an appeal made in November by more than 300 human rights groups, trade unions and political parties from across Europe, who wrote to Mogherini to demand the suspension of the EU-Israel Association Agreement.

The EU-Israel Association Agreement, which entered into force in 2000, facilitates largely unrestricted trade between the EU and Israel and allows Israel to participate in a wide range of the Union’s programs.

The EU has issued some of its strongest ever criticisms of Israel since its latest attack on Gaza but is yet to take any substantial measures to hold it to account, although it is understood the EU is currently not willing to upgrade relations with Israel in any way.

Campaigners say these steps are welcome but that tougher steps such as a ban on economic relations with illegal Israeli settlements and a ban on arms exports to Israel are needed to apply real pressure on Israel to comply with international law.

In September last year Palestinian civil society organisations wrote to former EU foreign policy chief Catherine Ashton to demand the suspension of the EU-Israel association agreement, arguing that “Israel’s war crimes and its sabotage of every effort to reach a just peace based on UN resolutions must lead to effective and substantial, not just cosmetic, consequences.”

The European Coordination of Committees and Associations for Palestine (ECCP) – founded in 1986 is a network of 52 European committees, organizations, NGOs, unions and international solidarity movements from 22 European countries, dedicated to the struggle of the Palestinian people for freedom, justice and equality.