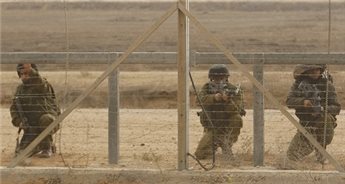 Israeli forces, Tuesday morning, fired at Palestinian agricultural lands across the border between Israel and the Gaza Strip, witnesses said.Witnesses told Ma’an News Agency that several Israeli military vehicles stationed near a gate on the border fence, east of Khan Younis, opened fire several times toward Palestinian fields on the other side of the border. No injuries have been reported.

The farmers were forced to leave their fields.

On Monday night Israeli gunboats opened fire at Palestinian fishing boats off the coast of Gaza City. A boat sank and four fishermen who were on board were detained by the Israeli navy.

Israeli attacks on farmers are ongoing, as with fishermen.