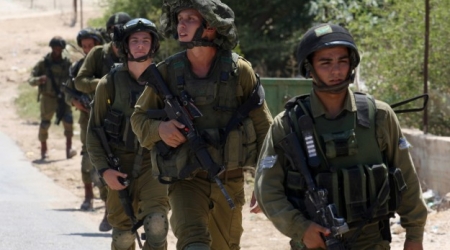 The Israeli military has dismissed 43 soldiers for publicly criticizing the Tel Aviv regime’s crimes against Palestinians.Press TV reports, via Al Ray, that the 43 male and female reserve soldiers, who were members of the Israeli army’s spying unit, were fired on Monday after they refused to “continue serving the system which affects the rights of millions of people.”

In a letter published by Israeli media in September of 2014, the soldiers wrote to Prime Minister Benjamin Netanyahu and top army chiefs that they could no longer serve in the unit because they did not want to participate in the injustices committed against Palestinians.

The signatories also criticized the “political persecution” which their spying activities involved.
The letter was reportedly written a few weeks after Israel’s devastating military offensive on the Gaza Strip, this past summer.