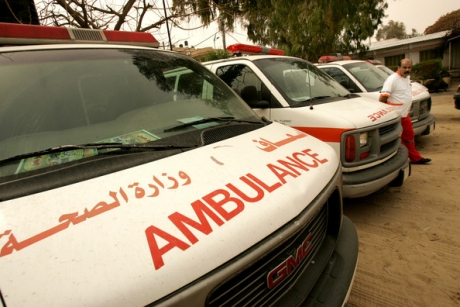 A Palestinian minor was injured, Wednesday, after an explosive device left behind by the Israeli army went off in Ein al-Hilwa area of the Jordan Valley, according to a local official.Head of al-Maleh village council, Aref Daraghmeh, told WAFA correspondence that 15-year-old Ali Ilyan sustained injuries from the shrapnel of a remnant Israeli bomb, necessitating his transfer to hospital for treatment.

According to al-Monitor website, “The Israeli army holds periodic military exercises in the Jordan Valley involving the use of warplanes and live ammunition.”

It said that the number of those killed by Israel’s unexploded ordnance in the Jordan Valley has reached three since the beginning of 2014.

An official in charge of the Jordan Valley’s file in the governorate of Tubas, Moataz Bisharat, stated that, “The [Israeli] occupation army designated 75% of the Jordan Valley territories, consisting of 280 square kilometers [108 square miles] and 19 localities predominantly located within Area C, as closed military zones, military firing zones or natural reserves zones.”

He explained that the biggest problem in the Jordan Valley is the unexploded ordnance deliberately left between houses and in agricultural fields during military drills, which also cause farming losses. These include tank shells, Energa mortar rounds, land mines planted during maneuvers, unexploded tank shells and even aircraft missiles, reported the Monitor.

“Until mid-November 2013, the [Israeli] occupation army handed over about 160 evacuation notices for the population under the pretext of military drills in different areas in the Jordan Valley,” Bisharat said.

Director of operations in the Ministry of Interior’s Palestinian Mine Action Center (PMAC), Issa Ghneimat, told Al-Monitor that the Israeli occupation hinders the work of the Palestinians trying to remove the Israeli army’s remnants, especially since they are located in Area C, which falls under Israeli jurisdiction.

It reported that, “Since the ceasefires on 26 August, five Palestinians have been killed in UXO incidents, and six others injured.”