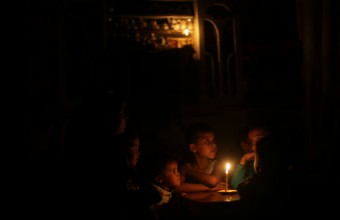 Israel Electric Corporation (IEC), this past Wednesday, decided to reduce electricity distributed to territories governed by the Palestinian Authority, due to accumulated debts.IEC announced that it will reduce the electricity supply with no adverse effect on households, as a first step to deal with the debts, PNN reports. According to an Israeli official with the energy company, the power will be cut for an hour each morning and another hour each night.

The IEC said that the overdue balance has reached NIS 1.8 billion ($4.6 million), and that their decision to reduce the supplies came after several warnings to the PA through related parties, according to Israeli TV.

A private Palestinian firm, the Jerusalem District Electricity Company (JDECO), condemned the Israeli move, while acknowledging the failure in paying off the debt.

Israeli Financial Minister ,Yuval Steinitz, had earlier frozen PA tax monies in order to pay off the IEC. However, Israeli Prime Minister Benjamin Netanyahu decided to release the money as a good-will gesture towards the PA.