Palestinians a Majority by 2020 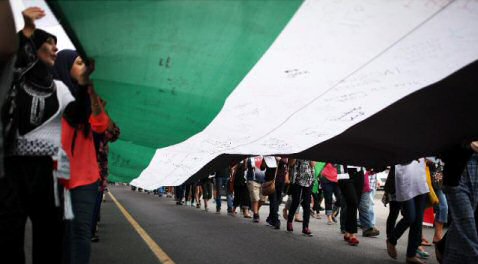 Currently the projected number of Palestinians in the world is 12.10 million, of whom 4.62 million are in the State of Palestine, 1.46 million in Israel, 5.34 million in Arab countries and around 675 thousand in other states.

— The IMEMC notes that, according to UN statistics, Palestinians now make up the largest refugee population in the entire world.