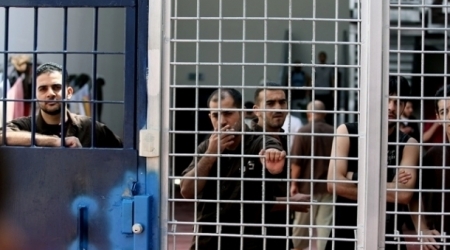 Some of the nine prisoners have had their orders renewed multiple times.

“Administrative detention, usually described as preventative detention or internment, entails the imprisonment of individuals, without charge or trial, initially for a period up to six months but possibly renewable indefinitely.”

Additionally, many prisoners had their administrative detention renewed in the last few hours of duration of the detention. In a few cases, detainees were rearrested immediately after their release, and even before they could reach their homes to meet their families.

It was stressed: “Human rights law, in particular the Universal Declaration of Human Rights of 1948 (Articles 10 and 11) and the International Covenant for Political and Civil Rights (Articles 9 and 14) guarantee the right of a detainee to a fair trial and subject his detention on a real legal review and procedures that ensure the prevention of arbitrary detention.”

The Red Crescent affirmed that the archaic Israeli procedure of administrative detention (dating back to the days of British Mandate Palestine) does not abide by the real requirements of rules of justice and due process:

“In brief, the Israeli occupying Power does not use administrative detention inconformity with human rights law and international humanitarian law which regulates and governs the conduct of the occupier in the occupied territory.”

Israel’s continuous use of administrative detention constitutes an illegal measure which requires prompt and effective actions by the international community, including international human rights organizations and other concerned entities, to stop it.