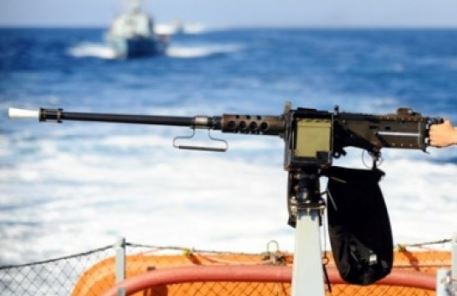 Israeli Navy ships opened fire, on Tuesday at dawn, on a number of Palestinian fishing boats in Gaza territorial waters, in Rafah, in the southern part of the coastal region.The Palestinian Safa News Agency said the navy fired heavy rounds of live ammunition towards the boats, forcing the fishers to sail much closer to the shore, fearing for their lives.

It added that the navy also fired bursts of live rounds, close to the shore, before medics and rescue teams rushed to the scene to aid the fishers; no injuries were reported.

Palestinian fishers and their boats are subject to daily Israeli assaults in Gaza waters, close the shore and even while docked on the shore.

On Tuesday morning, Israeli soldiers fired dozens of rounds of live ammunition into Palestinian agricultural lands, east of the al-Maghazi refugee camp, in central Gaza; no injuries were reported.

Local sources said soldiers, stationed on military towers, and military vehicles, across the border fence, opened fire on the farmers and their lands in an attempt to prevent them from entering their property, close to the fence.

The Egyptian-mediated ceasefire agreement includes allowing the Palestinian fishers to sail within six nautical miles in the Gaza Sea, with an incremental expansion in the allotted area.

Under the Olso accords, the Palestinians are allowed to fish, and sail within 20 nautical miles, but Israeli kept attacking them, and repeatedly unilaterally reduced the miles to three, then to six.