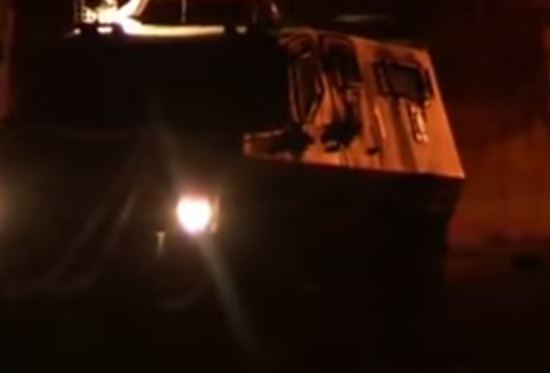 Israeli soldiers invaded several towns in the southern West Bank district of Hebron, kidnapped eight Palestinians, including children, wounded at least two, and handed five others military orders for interrogation.Coordinator of the Popular Committee Against the Wall and Settlements in Hebron, Mohammad Awad, said dozens of soldiers invaded Beit Ummar, and kidnapped seven Palestinians after violently breaking into their homes, and searching them.

The soldiers also invaded the home of Ahmad Khalil Abu Hashem, and handed him warrants for his sons, Emad, Yousef and Mohammad, ordering them to head to the Etzion military base for interrogation.

Resident Yousef Za’al ‘Alqam, said the soldiers stormed his home, and sprayed his eyes with pepper spray, before handing his son, Jihad, 18 years of age, a military order for interrogation.

The invasion into Beit Ummar led to clashes between the soldiers and local youths; the army fired gas bombs, concussion grenades and rubber-coated metal bullets.

A young man, 27 years of age, was shot by a gas bomb in the leg, and was moved to the Hebron governmental hospital. Many residents suffered the effects of tear gas inhalation.

Soldiers also forced some young men out of their homes in the rain, and forced them to remove their clothes in order to search them.

One Palestinian, who remained unidentified, was kidnapped in the al-Karmel area in Masafer Yatta town, after the soldiers invaded and violently searched several homes.

In the al-Fawwar refugee camp, south of Hebron, soldiers invaded the home of Amjad Najjar, head of the Hebron office of the Palestinian Prisoners Society (PPS), assaulted his wife causing her to faint and refused to allow the family to give her water or help her.