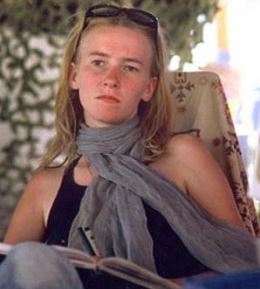 Statement from Corrie family in response to the Israeli Supreme Court’s Dismissal of Appeal in Wrongful Death of Rachel Corrie.Today we received word from our attorneys that the Supreme Court of Israel dismissed our appeal in the wrongful death case of our daughter and sister Rachel Corrie. Our family is disappointed but not surprised.

We had hoped for a different outcome, though we have come to see through this experience how deeply all of Israel’s institutions are implicated in the impunity enjoyed by the Israeli military.

It will take some time before we have ability to read the decision in English and to process all the court has said.

Nevertheless, it is clear that this decision, affirming the August 2012 lower court finding, amounts to judicial sanction of immunity for Israeli military forces when they commit injustices and human rights violations.

The Supreme Court decision ignores international law arguments regarding the protection of civilians and human rights defenders in armed conflict and grossly violates the internationally recognized right to effective remedy.

The court has determined that our separate case against Dr. Yehuda Hiss and Abu Kabir Institute, regarding inappropriate ways in which Rachel’s autopsy was conducted, may go forward in the lower court.

We continue to be appalled that it requires a lawsuit to have a truthful accounting of what occurred, and complete repatriation of Rachel’s remains. Decisions as to next steps will be made by the family in consultation with our attorneys.

Despite the verdict, our family remains convinced we were correct in bringing this case forward. The day after Rachel was killed, Prime Minister Sharon promised President Bush a thorough, credible and transparent investigation.

Clearly, that standard was not met. The U.S. government continues to call for such an investigation by Israel. A civil lawsuit cannot substitute for an impartial investigation, but it is the only process through which a family can discover more information and move forward when governments fail to act.

Rachel’s case provides yet another example of how the Israeli justice system is failing to provide accountability. We urge the international community, and not least the U.S. government, to stand with victims of human rights violations and against impunity, and to uphold fundamental tenants of international justice.

We are immensely grateful to our attorney Hussein Abu Hussein and to his entire legal team for the decade of work they have contributed to Rachel’s case, and continue to provide. We are grateful to all of our friends in Palestine, Israel, and elsewhere, who in so many different ways have supported our efforts.

We have taken this path for Rachel, the daughter and sister we love, lost, and miss. Her spirit lives. She has inspired all of our actions and will continue to do so.