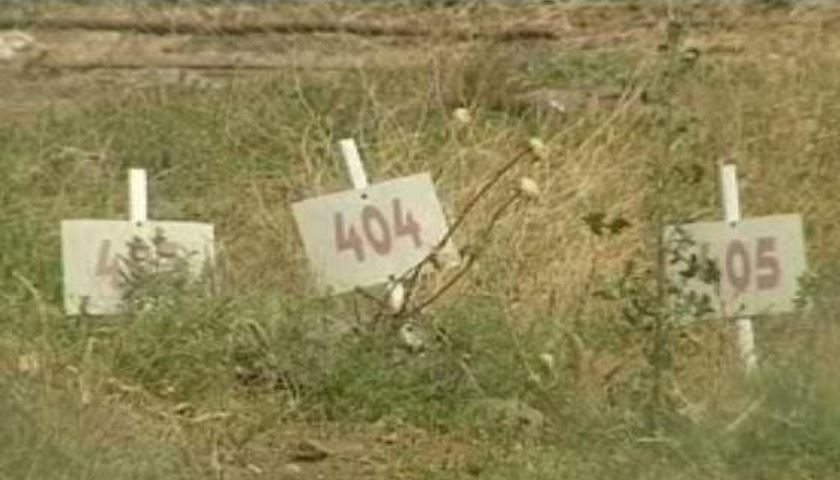 The National Committee assembled for the retrieval of the bodies of slain Palestinians stated that the Legal Department of the Jerusalem Legal Aid and Human Rights Center, in charge of the files of slain Palestinians buried by Israel in numbered graves, said that it received an official Israeli statement regarding the release of the remains of 134 persons.The communication came from the Israeli Military Counselor in Tel Aviv, informing the Committee that Israel started initial examinations of the list provided by the Legal Committee demanding the release of the remains, so that they can be properly buried.

The Committee said that Israel will be conducting DNA tests for first-degree relatives of the slain Palestinians, in order to identify the remains within the coming months.

The Al-Quds Center said it had previously filed an appeal to the Israeli side, listing the names of 134 Palestinians, men and women, buried in numbered graves, demanding the release of their remains for proper burial.

The Committee said that Israel was still refraining from providing details on how many numbered graveyards it has, and the exact number of persons buried there, and that Tel Aviv is holding remains of slain Palestinians despite an order by Israel’s Supreme Court ordering the release of 38 persons by the end of December 2013.

It further expressed its rejection to the Israeli claims that the number of persons currently buried in numbered graves is only 119, while the official list of names collected by the committee has indicated 220 persons, in addition to 42 yet to be identified names, and 65 persons presumed dead, but their remains were never located.

In its statement, the Committee said it is preparing for an extensive meeting with various groups and officials, to determine the next moves aiming at speeding the release of the remains of all slain persons by the end of 2015.

Today We Buried 91 Persons; Do You Even Care