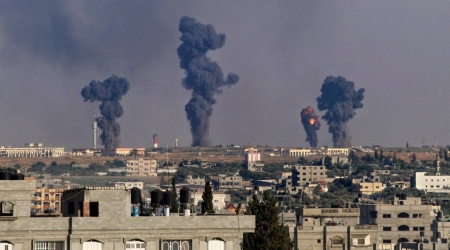 In an investigation conducted by Associated Press, it was revealed that 89% of victims killed in the Israeli offensive conducted in Gaza, this past summer, were civilians. Al Ray Palestinian Media Agency reports that, according to the investigation, 60% of 844 people killed were children, women and elderly, while only 11% of them were militants.

The investigation reviewed 247 raids out of more than 5,000 raids launched on Gaza, according to witnesses testimonies and field visits to bombed buildings.

The investigation also pointed out that 83 raids killed 3 or more members of one family, while only 96 people were armed, 11% of the total number of victims. The other 240 victims were unarmed men aged between 16-59.

Al Ray notes that the investigation did not include the victims who were killed by the artillery shelling, sniping or field operations, as was the case in the eastern areas of Gaza during the ground incursion.