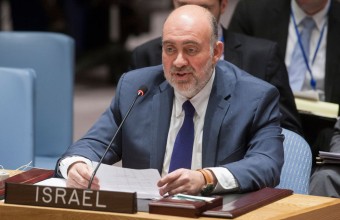 According to reports, Israel has sent a letter to the United Nations claiming that Hamas is preparing for a new war in Gaza Strip, against Israel.Israeli website Walla, reported that Ron Prosor Israel’s Permanent Representative to the United Nations submitted a complaint to the Security Council and Secretary-General, claiming that Hamas is re-arming itself with missiles and building new tunnels, in preparation to go into a new war with Israel.

According to the PNN, the Israeli representative called in the United Nations and other countries of the world to unite and stop Hamas from starting a new war like the one that was waged 6 months ago, before it’s ‘too late’.

Prosor wrote in the letter that Israel wants to draw the UN’s attention to what Hamas is doing on the Southern borders with Israel. Prosor claimed that Hamas is firing its arms and missiles into the sea which seems to mean that they are preparing for war.