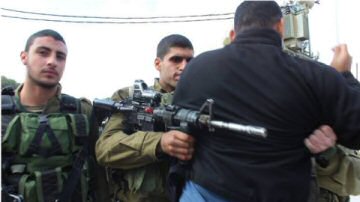 Israeli forces injured 36 Palestinians, including nine children, in various clashes throughout the West Bank from 3-9 February. The UN Office for the Coordination of Humanitarian Affairs reports that of these, six were injured with live ammunition, including four children.On 4 February, Israeli forces raided the Nablus-area As Sawiya Al Lubban Secondary School for Boys while students were in class, and fired sound bombs in the school premises, disrupting classes and forcing all the students to leave the school.

The incident occurred after Israeli settlers alleged that they had been hit by stones thrown from the school premises. According to initial information provided by the UN Working Group on Grave Violations, a steep increase was observed in incidents affecting students and/or disrupting schooling in the West Bank, with 152 such incidents recorded in 2014 compared to 46 in 2013.

Out of the total number of such incidents in 2014, eight involved As Sawiya Al Lubban Secondary School.

On 6 February, in the South Hebron Hills, near the settlement of Ma’on, Israeli forces beat and detained two 15-year-old children over night, following complaints by the settlement head that they were grazing their sheep on land planned for the expansion of the settlement.

Overall, Israeli forces conducted 96 search and arrest operations during the week, compared to a weekly average of 87 during 2014. One third were carried out in the Jerusalem governorate, and three triggered clashes resulting in five injuries, including two children, injured by live ammunition.