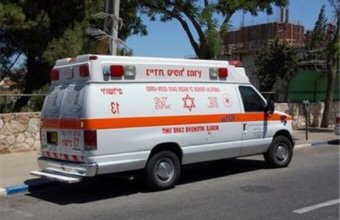 A number of Israelis, on Saturday night, assaulted a Palestinian taxi driver while he was at work in West Jerusalem, according to witnesses.WAFA reprots that witnesses present at the scene said a group of Israelis attacked Ibrahim Bader, who works as a taxi driver, and bruised him throughout his body. Bader was transferred to hospital for medical treatment.

This incident is a continuity of previous attacks seemingly targeting Palestinians in areas where they live next to and work with Israelis.

There have been rounds of tension escalating from time to time in recent years, but the most violent one was arguably in July 2014, when Israeli settlers kidnapped 17-year-old Muhammad Abu Khdeir, from the Arab neighborhood of Shu’fat and burned him alive.

Abu Khdeir was found dead in a wood near West Jerusalem, hours after he was kidnapped.

On November 2014, a resident of the Jerusalem neighborhood of al-Tour, who works as a bus driver with Egged Israeli Transport Company, was found hanged by settlers with a rope wrapped around his neck. The driver was then identified as Yusuf Rammouni, age 32.

Settler violence in occupied East Jerusalem and the West Bank also involves (but is not limited to) acts of arson, predawn attacks on vulnerable villages, stone-throwing, uprooting of plants and hit-and-run attacks.

According to the Israeli human rights group B’Tselem, “Rather than restricting violent settlers, Israeli security forces impose restrictions on the Palestinians.”

B’Tselem took an example to that, when in April 2011, settlers threw stones at Palestinian vehicles on Route 60, after Palestinian policemen shot an Israeli settler who broke into Joseph’s Tomb, in Nablus. In response, the military forbade Palestinians from traveling on the section of the road between the Huwara intersection and Jit village, imposing collective punishment at Palestinians.