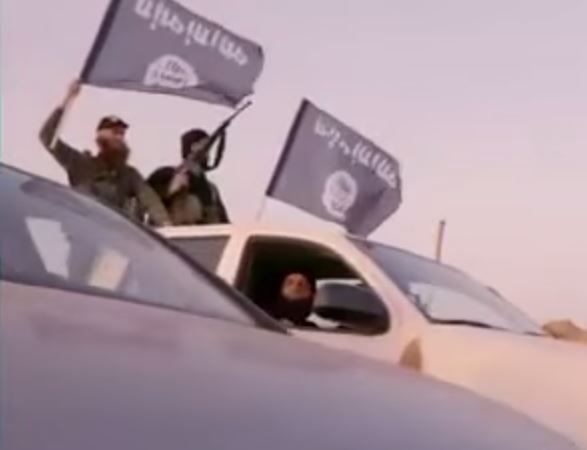 The Likud Party of Israeli Prime Minister Benjamin Netanyahu issued a video, as part of his campaign ads, showing a scenario in which a victory of leftists in Israel is a triumph for the so called ‘Islamic State of Iraq and Syria’ (ISIS), known by their Arabic acronym Da’esh. The video shows two Israeli comedians, dressed like armed “ISIS” gunmen, driving a car carrying the black “ISIS” flags.

The two then stop their car near an Israeli, asking him, “How can we reach Jerusalem, brother?” and the driver responds “Go Left,” and then two signs appear, one stating “The Left will surrender to terror,” and “Us or them? Just the Likud, Just Netanyahu.”

Although the ad targets leftist parties in general, it appears to be also meant to counter coalitions such that include Isaac Herzog’s Labor Party, and Tzipi Livni’s “center-left Zionist Camp”, of which she serves as the deputy chairperson.

The rap music in the background of the video is a song by the Palestinian Rap group (Dam); the group said it intends to sue the Likud for using their song in its video.

The rap group is known for their leftist political message, which calls for equality between Palestinians and Jews in Israel and Palestine, and strongly criticizes Israel’s discrimination against the Palestinians in the country.