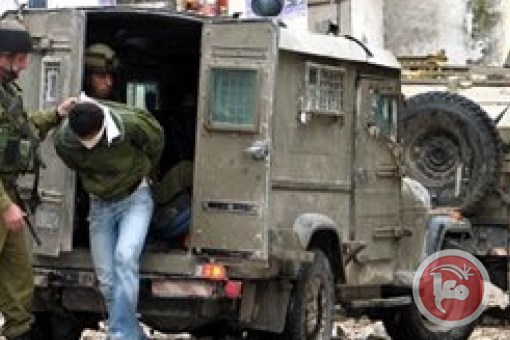 Israeli soldiers invaded, on Monday at dawn, several communities in the occupied West Bank, and Jerusalem, and kidnapped seven Palestinians, in addition to a Palestinian who was kidnapped on Sunday at night. Media sources in Hebron, in the southern part of the West Bank, said the soldiers broke into a number of homes in the city, violently searched them, and kidnapped a former political prisoner, identified as Shafiq al-Qawamsa.

Al-Qawasma is a political leader of Hamas in Hebron, and the father of two Palestinians who were killed by the Israeli army.

The soldiers also invaded the home of Meqdad ‘Omar al-Qawama, 18 years of age, in the same neighborhood, and kidnapped him; he is the nephew of Shafiq.

The soldiers also invaded ‘Ejja village, south of Jenin, installed a roadblock four more than two hours, stopped and searched dozens of cards and inspected the ID cards of the residents while searching and interrogating them.

This is the second invasion into the village in one week, local sources said.

Late on Sunday at night, soldiers invaded the northern West Bank city of Jenin, and kidnapped a Palestinian identified as Bashar Issa Sabalan, 24 years of age.