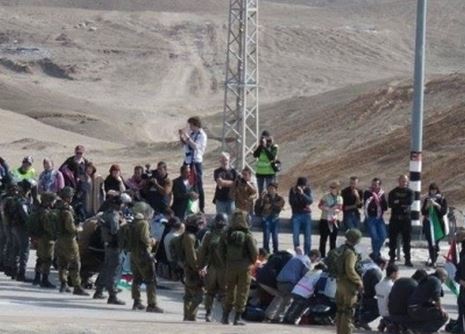 The Arabs48 news website has reported that Israeli police officers conducted a massive search campaign in the Galilee in order to kidnap and detain Palestinian workers, and arrested sixteen.It added that the police said the kidnapped Palestinians entered Israel and worked there without permits.

They have all been interrogated for hours before some of them were released, while others await trial in the Nazareth District Court, as the police is asking for remand.

The police and undercover units have been extensively operating in Arab towns in an attempt to locate and arrest Palestinian workers from different parts of the occupied territories, in order to prosecute them. Many face imprisonment and very high fines.

Palestinian workers, who largely work in construction, face constant harassment by the police.

Although many of them carry work permits, Israeli officers regularly destroy their papers, or just refuse to recognize them, although they were issued by various Israeli District Coordination offices.

The vast majority of Palestinian workers have to spend their nights under trees, or in warehouses, construction sites and certain shelters, and face various dangers, arrest and harassment, but take their chances in order to provide livelihood for their families.