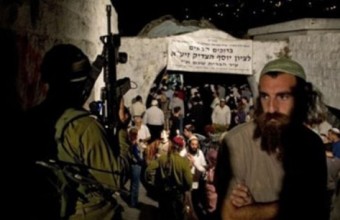 Israeli state policy heavily relies on practices of occupying and seizing Palestinian lands and institutions. As recently reported, the Knesset has discussed a bill that, if approved, could divide Al-Aqsa Mosque in half: a Jewish part, and a Muslim one.

Local legend holds Joseph’s Tomb to be the funerary monument to Sheikh Yusef Dweikat, a local religious figure. Others believe that the tomb belongs to the Biblical patriarch Joseph. However, the area is sacred to Jews, Samaritans, Christians and Muslims alike.

Clashes were reported in the area, but caused no injuries.