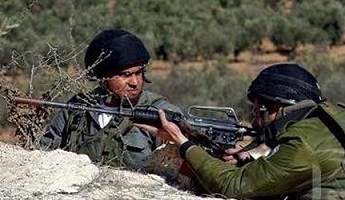 Israeli soldiers, stationed on military towers across the border fence, opened fire on Tuesday evening, on Palestinian farmers and their lands, east of the al-Maghazi, in central Gaza.Eyewitnesses said the soldiers fired rounds of live ammunition on the farmers, forcing them to leave; the attack caused no injuries.

On Tuesday morning, soldiers opened fire towards Palestinian shepherds near the cemetery in Jabalia, in the northern Gaza Strip, while Israeli gunboats targeted fishing boats in Khan Younis, on Monday at night, in Gaza’s southern region. http://www.imemc.org/article/70629