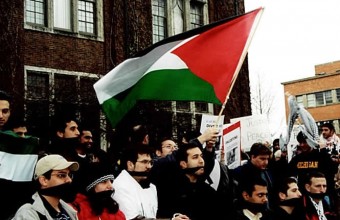 On February 17, the Undergraduate Senate of Stanford University voted 10-1-4 to pass a resolution to divest from the Israeli occupation of the Palestine. The resolution, entitled ‘A Resolution to Divest from Companies Violating Human Rights in Occupied Palestine’, calls on Stanford to stop investing in multinational corporations facilitating human rights violations in the occupied Palestinian territories (oPt).

The Senate Chair and Senate Deputy Chair, according to the Palestinian News Network (PNN), motioned to reconsider the resolution after it was narrowly defeated by one vote, last week (9 for, 1 abstention, 5 against).

The senators stated that the hostile environment of opponents to divestment, created at last week’s hearing, impeded their ability to vote with clarity, and requested the opportunity to align their votes with their true opinions. In the original vote, the two senators had respectively abstained and voted no. After their motion to reconsider passed in Tuesday’s hearing, they changed their votes to a ‘yes’ and ‘abstain’. The re-vote followed a two-hour long hearing and ended in a historic vote in favor of divestment, with 10 senators voting in support, 1 abstention, and 4 against.

Organizers of the campaign were surprised that the Senate decided to vote on the resolution again, and expressed excitement about the Senate vote.

‘After months of hard work, it is gratifying to witness the Senate answer our call and affirm our efforts towards divestment.’ said sophomore Ramah Awad. ‘Our next step is to pressure the Board of Trustees to follow through. We ask the Board and President Hennessy directly: ‘Are you going to listen to the student voice?”

Another student expressed support for the senators who decided to reconsider their vote.

‘Students from the campaign against divestment have written us acknowledging their ‘hateful and spiteful’ behavior during last week’s hearing,’ said senior Manny Thompson. ‘We appreciate that the Chair and Deputy Chair spoke up about how they felt intimidated to vote their conscience and that the Senate ultimately reaffirmed its majority support for divestment.’

The resolution focuses on multinational corporations and identifies multiple parties as being complicit in the violations against Palestinians living under occupation, including the governments of Israel, Egypt, Hamas and the Palestinian Authority. The resolution states that the Undergraduate Senate is not connected to the Boycott, Divestment, and Sanctions (BDS) movement and affirms both the Israeli and Palestinian right to life, safety and self-determination.

The resolution was brought forth by the Stanford Out of Occupied Palestine (SOOP) coalition. The diverse coalition consists of 19 student groups, including the Black Student Union, MEChA and Stanford Students for Queer Liberation. The resolution called on the University to evaluate its investments and divest from companies fitting the following criteria:

· Maintaining the illegal infrastructure of the Israeli occupation, and, in particular, settlements and apartheid wall.

(The PA continues to maintain a state of close ‘security coordination’ with Israel, in spite of threats to disengage by PA President Mahmoud Abbas.)

SOOP came together in pursuit of selective divestment as a response to the call from Palestinian civil society to exert economic pressure to end to the violations of their basic human rights. Over the course of seven weeks, the campaign gathered immense student support; over 1,600 Stanford students signed SOOP’s petition.

With Tuesday’s vote, Stanford joins a growing number of student governments — most notably the University of California Student Association — in response to a call from Palestinian society for divestment. After this vote, SOOP will work with senators to pressure the Board of Trustees to divest from the violation of Palestinian human rights.

‘As a student in the movement, I look forward to continuously engaging the campus in this conversation,’ said junior Natasha Patel, ‘We are not done uplifting the call of Palestinian peoples nor are we finished pushing our University to conduct an ethical review of its investments.’