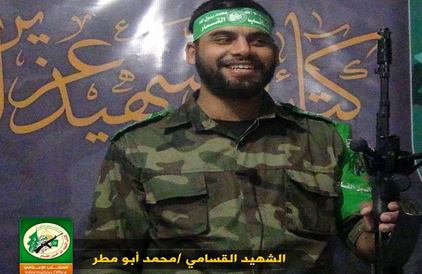 The al-Qassam Brigades, the armed wing of the Hamas movement, said one of its fighters was killed “during preparation and training” in Rafah, in the southern part of the Gaza Strip.The Brigades said Mohammad Talal Abu Matar, 25 years of age, was one of its senior fighters, and that his funeral was held, on Thursday evening, in the al-Huda mosque in Yebna refugee camp, south of Rafah.

It added that hundreds of Palestinians participated in the funeral ceremony and procession despite the rain and bad weather conditions.

The fighter is a married father of three children, and a long-time member of the al-Qassam Brigades.

Dozens of fighters have been killed in similar training accidents in the Gaza Strip, while many died in border tunnel accidents along the border with Egypt.

The Al-Qassam Brigades of Hamas is the biggest Palestinian armed resistance group in Palestine.