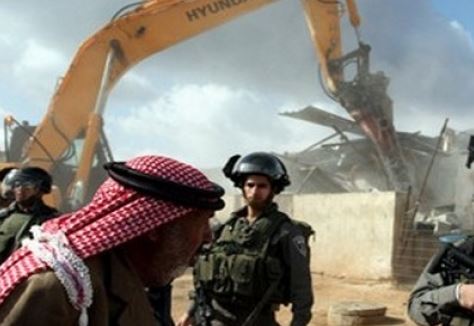 The destroyed property was approximately 170 square/meters; the army surrounded the area and declared it a closed military one before demolishing the building.

Soldiers also installed roadblocks on the entrances of Halhoul and Sa’ir town, in addition to the al-Fawwar refugee camp, stopped and searched dozens of cars and questioned several Palestinians while inspecting their ID cards.

Palestinian Injured After Being Rammed By An Israeli Car In Hebron
http://www.imemc.org/article/70696