Three Palestinians Kidnapped In The West Bank, One in Gaza 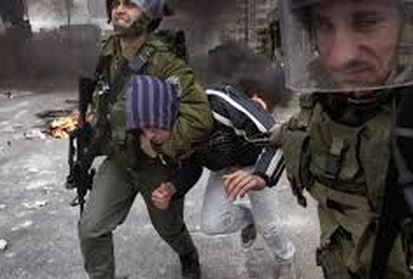 Soldiers also invaded Zabbouba nearby town, and clashes with dozens of local youths who hurled stones and empty bottles on the invading forces. The army fired gas bombs, rubber-coated metal bullets and concussion grenades; many Palestinians suffered the effects of tear gas inhalation.

Furthermore, a large military force invaded Kufur Sour village, south of the northern West Bank city of Tulkarem, before dozens of soldiers broke into a home, and violently searched it.

Local sources said the home is located near the Sal’it illegal Israeli colony, close to the Annexation Wall, west of the village, and that the soldiers took pictures of the family, and of every room in the property, in addition to its exterior.

The army frequently invade the property due to its proximity to the Sal’it illegal colony.

Furthermore, soldiers kidnapped a Palestinian child near the border fence, in central Gaza, allegedly, after he tried to cross into Israel. The child has been identified as Abdullah al-Haddad, 16 years of age.