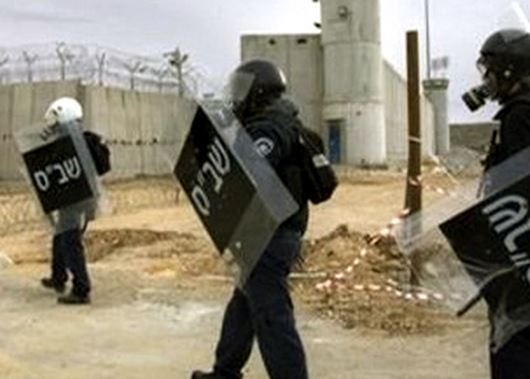 The Palestinian Prisoners Society (PPS) has reported, Wednesday, that the Israeli Prison Administration placed several Palestinian detainees in solitary confinement, and imposed fines of them.The PPS said the detainees were recently moved from Ramon Prison to Ayala Israeli prison, and were fined 450 New Israeli Shekels each, in addition to being forced into solitary confinement for 21 days.

The Prison Administration did not inform the detainees of the reasons behind their transfer, and the fines.

In related news, soldiers of the Nachshon Brigade stormed section 3 of Ramon prison, and prevented the detainees from leaving their rooms as a punishment for standing in solidarity with the transferred detainees.

The PPS said the number of detainees who received Administrative Detention orders, since the beginning of February has arrived to 89, and that most of them have already been held under similar orders that were repeatedly renewed.