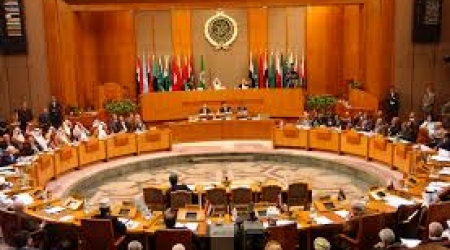 The Arab League has called on the UN and other international human rights committees to hold to their responsibilities in providing protection, for the Palestinian people and their holy sites, from ongoing Israeli attacks.Al Ray reports that, in a statement issued by the Arab league on the anniversary of Ibrahimi Mosque massacre, it stressed the importance of confronting the Israelis and halting the illegal practices against the Ibrahimi and al-Aqsa mosques, as they are in contradiction the Fourth Geneva Convention and the obligations set forth as an occupying power.

The Hebron massacre was a shooting attack carried out by American-born Israeli, Baruch Goldstein, a member of the far-right Israeli ‘Kach’ movement, who opened fire on unarmed Palestinian Muslims praying inside the Ibrahimi Mosque (or Mosque of Abraham) at the Cave of the Patriarchs, in the occupied West Bank city of Hebron.

The shooting took place on February 25, 1994, during the overlapping religious holidays of Purim and Ramadan, leaving 29 male worshippers dead and 125 wounded.The attack ended only after Goldstein was overcome and beaten to death by survivors.

The Arab league explained that such a crime backs a dangerous policy which devastates any peace solution.

It holds the state of Israel responsibile for the massacre, considering it to be a part of Israeli terrorist policy in occupied Palestine. It also condemned colonial settler practices against Palestinians, confiscating lands and expelling the inhabitants in order to establish Israeli settlements and housing units.

It added that the massacre reflected the racist nature of the Israeli regime and revealed its inherent ideology to be full of hatred. Israel used the crime to implement its authority over the mosque.

This massacre violated all the regulations and norms which protect the right of worship, while the Israeli occupation uses military force to impose a new reality.