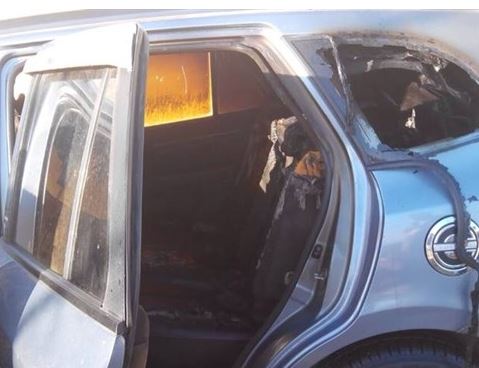 A number of extremist Israeli colonialists infiltrated, on Thursday at dawn, the al-Mogheer village, near the central West Bank city of Ramallah, burnt two Palestinian cars, and wrote racist graffiti.Local villagers said the extremists wrote slogans, such as “Death To Arabs,” “Price Tag,’ and other slogans on a number of walls, and burnt two cars.

The two cars belong to residents Jamal Abu ‘Alia and Akram Na’san; the Israeli police arrived at the scene, and said it will be investigated the attack.

Resident Na’san said he and his family were awakened by the alarm system on his car, approximately at 3:50 at dawn, and rushed to extinguish the fire.

He added that the residents have already filed more than 70 complaints against Israeli extremists, living in nearby colonies, for repeated attacks on them, their property and their lands, and that the previous attacks included burning their crops, burning agricultural tractors and even killing horses.

“Each time, the police would come, take statements, and question the residents in Benjamin Police Station,” Na’san stated, “Yet; the incidents are always filed against unknown assailants.”

“We are living in an isolated area; the Israeli Police does not provide security, and the Palestinian police in not allowed here,” he said, “In my statement to the Police, I asked that we should be allowed to have weapons to defend ourselves… but of course they ignored that.”

On his part, Rabbi Zakaria al-Sidda of “Rabbis for Human Rights,’ said the Israeli police and the army “must act decisively against those vandals, who carry frequent hatred-filled terrorist attacks,” the WAFA News Agency said. 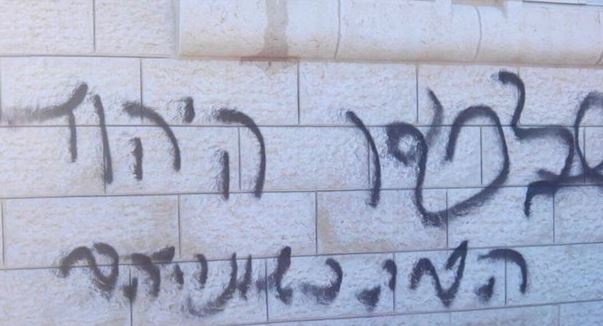