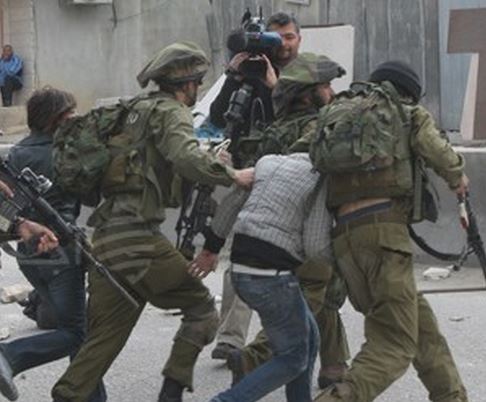 Israeli soldiers invaded, on Thursday evening, Deir Netham village, near the central West Bank city of Ramallah, and kidnapped five teens, between the ages of 14 and 18.Safi Tamimi, head of the Land Defense Committee in Deir Netham, stated that several armored military vehicles invaded the village from its southern part, detained many children and youths while driving through their village, and kidnapped five.

The soldiers came from the military base in the Halamesh nearby illegal colony, built on privately owned Palestinian lands.

Tamimi said the kidnapped teens were not taken prisoner during clashes or confrontation with the military, but while playing, and running around in their families’ farmlands.