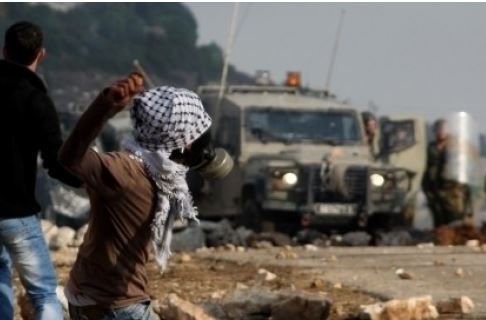 Palestinian medical sources have reported that a child was shot and seriously injured, on Friday evening, and four residents suffered moderate wounds, after Israeli soldiers invaded the al-Jalazonerefugee camp, near Ramallah.Local residents said clashes took place with the soldiers after invading the al-Jalazoun, and that the army fired rounds of live ammunition in addition to rubber-coated metal bullets, and gas bombs.

Medical sources said the child, identified as Moath ar-Ramahi, 15 years of age, was shot in the chest by an Israeli army live round, and was moved to a local hospital suffering a serious by stable injury.

The sources added that four Palestinians were also shot by the army, and suffered moderate wounds.