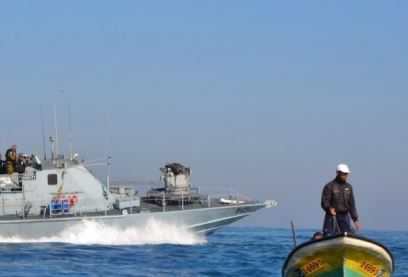 ‘Ayyash added that the navy confiscated the three Palestinians’ boat, and also attacked other boats before forcing the fishers back to shore.

The navy attacks Palestinian fishers and their boats nearly on a daily basis, and frequently conducts arrests and confiscates the boats.

On Thursday morning, the navy, shot and wounded two Palestinian fishermen in Palestinian waters near the Sudaniyya area, northwest of Gaza City, and kidnapped four others.

Two more attacks were reported on Tuesday and Monday of this week. All took place while the boats were in Palestinian territorial waters, within the six allotted nautical miles.