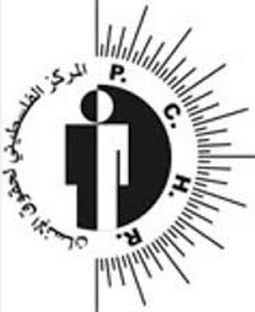 On International Women’s Day, Women’s Suffering Doubled and Unprecedented Due to Consequences of the Israeli Offensive on the Gaza Strip.The 8th of March is the day proclaimed by the international community to stress women’s rights that are guaranteed under the international laws and standards and to support women’s struggle to achieve justice and equality and eradicate discrimination against them.

The International Women’s Day comes this year while many Palestinian women have been experiencing cruel and inhumane conditions due to the Israeli arbitrary practices that affected their lives.

Women’s suffering doubled in the Gaza Strip in particular due to the consequences of the latest Israeli offensive, as they have been enduring hard and complicated living conditions.

During the 50-day Israeli offensive, women were exposed to the risks of death or injury because of the Israeli excessive use of lethal force as well as the blatant Israeli violations of the principles of distinction and proportionality under customary international humanitarian law.

According to documentation of human rights organizations, 293 women were killed(18% of the civilian victims during the Israeli offensive). Moreover, 2,114 women were wounded, dozens of whom sustained permanent disabilities.

Women’s suffering was not limited to killings that affected them or their families, but it increased because they were forcibly displaced from their houses and were forced to resort to UNRWA shelters amidst inhumane conditions that lack the minimal basic services, including clean water, potable water and environmental health services. Besides, in UNRWA shelters, there was no privacy and there was an unprecedented state of overcrowding in sleeping places.

All this added more responsibility and complication to the lives of these women.

In spite of protection that is supposed to be offered to civilians, especially women and children, in UNRWA shelters, women were subjected to indiscriminate attacks in those shelters.

As a result, 2 women were killed and about 70 others were wounded, while family members were killed or injured in very terrifying scenes.

In the West Bank, women’s suffering continues due to the Israeli violations against the Palestinian civilians.

Women experience harsh conditions because of the Israeli arbitrary practices of killing acts and/or house raids, arrests, including arrests against women and girls, house demolitions, and restrictions on the freedom of movement by permanent and temporary checkpoints.

All these measures have increased women’s suffering and negatively affected their life.

At the internal level, women’s suffering has not stopped due to the ongoing gender-based violence, which increased because of the deterioration of economic, social and living conditions in the occupied Palestinian territory.

According to PCHR’s documentation, 16 women were killed last year in different contexts related to gender-based violence.

PCHR reiterates its full support for Palestinian women wherever they are and stresses that they live under unprecedented level of human suffering and cruel conditions due to the Israeli practices and violations.

PCHR also highlights the need for supporting the Palestinian women by the international and local community.

PCHR calls upon the international community to:

· Offer protection to civilians, including women, and to compel the Israeli authorities to respect human rights and comply with the principles of the international humanitarian and human rights laws; and

· Immediately work on lifting the Israeli-imposed closure on the Gaza Strip and putting an end to all forms of the closure in order to allow the Gaza Strip population, including women, to enjoy their right to live in dignity and respect for their political and civil rights as well as economic, social and cultural ones.

Furthermore, PCHR calls upon the Palestinian Authority and the unity government to:

· Take the necessary measures to put an end to domestic violence and prosecute those who commit crimes against women; and

· PCHR stresses that the obstruction of the Palestinian Legislative Council hinders adopting more fair and just laws relating to women.