Six Teens, One Adult, Detained By The Army Near Jenin 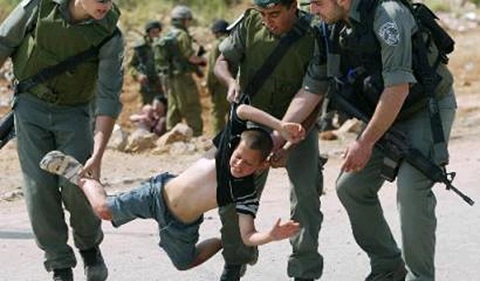 The Seven Palestinians were taken prisoners near a section of the Israeli Annexation Wall, west of Jenin.

Head of the DCO Office in Jenin and Tubas, Lieutenant Mojahed Abu Dayya, said his office contacted the Israeli DCO and insisted on the release of the seven Palestinians, especially since the area witnessed no clashes or confrontation with the army during, and prior to, the time of abduction.

Over 280 Palestinians Kidnapped by Israeli Forces in February
http://www.imemc.org/article/70758