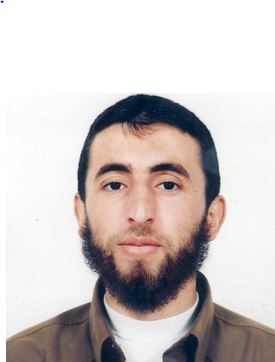 The Palestinian Detainees Studies Center has reported that detainee Mansour Yousef Shahateet, 28, from the southern West Bank city of Hebron, has been severely tortured by Israeli interrogators, leading to memory loss, slurred speech and blurred eyesight.The detainee, from Doura town south of Hebron, sentenced to 18 years, was violently beaten and tortured by undercover Israeli forces and interrogators in prison, and has been held in solitary confinement, his family said.

The Studies Center quoted the detainee’s mother stating, after recently visiting with her detained son, that Shahateet was unable to recognize her, had blurred speech and weak eyesight.

“My son also suffers from arrhythmia, respiratory issues and a broken leg,” the mother said, “He never has any health issue, or diseases, prior to his imprisonment.”

Ra’fat Hadouna, an expert in detainees’ affairs, held the Israeli prison authority responsible for the Shahateet’s deteriorating health condition, and called in legal and human rights groups to intervene and ensure he receives the needed specialized medical attention.