Jerusalem Lawyer Denied Access To The City Until September 9 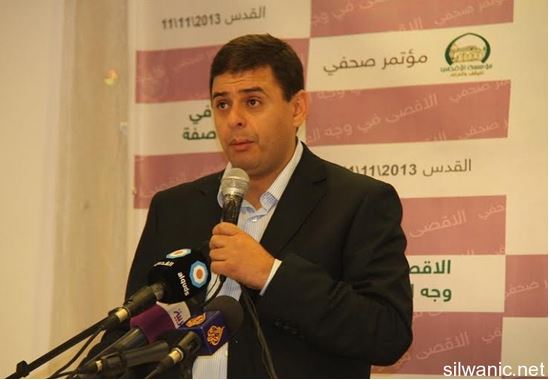 The Israeli Authorities handed, Sunday, a Palestinian attorney from occupied Jerusalem, a military order preventing him from entering the entire city for six months, in the period between Match, 10 and September 9, 2015.The Wadi Hilweh Information Center in Silwan (Silwanic) said attorney Khaled Zabarqa received the Israeli order, Sunday, informing him “under the Emergency Law,’ he “will be denied access to the entire city of Jerusalem, except into his office in Beit Hanina.’

The order included two maps defining all areas he will not be allowed into, which is the entire city of Jerusalem, and the route he must take to reach his office.

Eyal Eisenberg, the head of the Israel Army’s Home Front, signed the order that included the attached maps.
Zabarqa, member of the Political Bureau of the Islamic Movement, said that order quoted Sections 6, 108, 109 and 110 of the British Emergency law of 1945.

In his order, Eisenberg said he believes that the issue is important for what he called “maintaining the security of the state, the public, and law and order; therefore, Zabarqa will not be allowed into all designated areas of Jerusalem as shown in the attached map that is considered an essential part of the order itself.”

The order also designated a specific route Zabarqa must take to get to his office in Beit Hanina under all circumstances, for the entire period of the prohibition from March 10 2015 until September 9 2015.