Shots Fired At The Nablus Office Of The Palestinian People Party 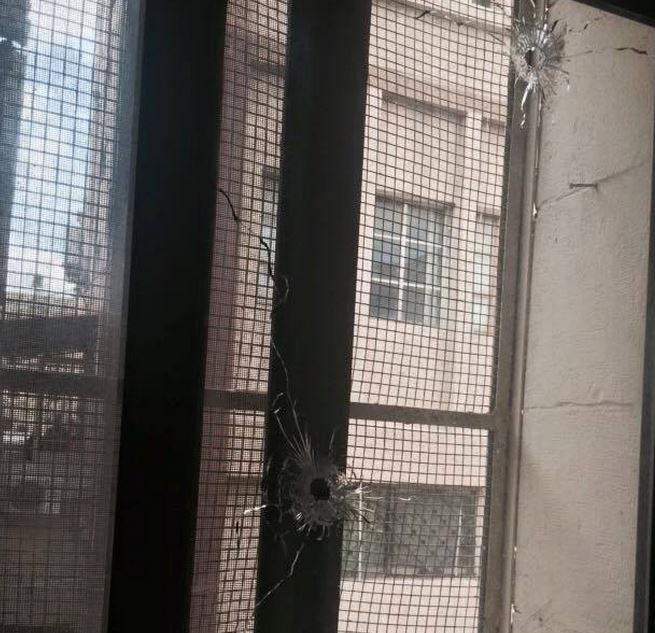 The leftist Palestinian People’s Party (PPP) has reported that unknown gunmen fired, on Tuesday at dawn, rounds of live ammunition at its office in Hitteen Street, in the center of the northern West Bank city of Nablus.Nassr Abu Jeish, member of the PPP Central Committee stated that the gunmen deliberately opened fire on the office, causing damage to several windows, but no injuries.

Abu Jeish said the reason for this attack could be related to a recent meeting, adopted by the PPP, and included several Palestinian teachers and representatives of different political factions, to discuss the issue of a teacher hat was fired from the Teachers Union.

The PPS said the shooting is a serious escalation, and an attempt to create tension and internal Palestinian clashes that would only serve the interests of the Israeli occupation.

In addition, representatives of leftist parties in Nablus held a meeting, denounced the serious violation, and called on the Palestinian security forces to investigate the attack, apprehend and prosecute the assailants.

The Democratic Front for the Liberation of Palestine (DFLP) denounced the attack, and considered it an attempt to divert the Palestinian struggle against the occupation from its goals, and to create internal rifts and clashes.

DFLP Secretary in Nablus Mohammad Dweikat, said the attack only serves the interests of the Israeli occupation and its colonialist policies, and called on the Palestinian security forces to investigate the attack, and apprehend the assailants.

The Popular Front for the Liberation of Palestine (DFLP) also denounced the attack, and said it comes as an attempt to disrupt the ongoing national Palestinian struggle against the Israeli occupation of Palestine.

It also called on the security forces to apprehend the attackers, and said such attacks only serve the interests of the Israeli occupation, and its ongoing attempts to create internal tension and clashes between the Palestinian factions.

It is worth mentioning that the Palestinian Coordination Committee, that includes all Palestinian national and Islamic factions, issued a joint statement condemning the assault.
The Committee called for maintaining law and order in the occupied territories, and called on the Palestinian Police to apprehend the attackers.

It said such attacks only aim at creating internal clashes between the Palestinian factions, and creating internal unrest, an issue that only serves the interests of the brutal and illegal Israeli occupation of Palestine.