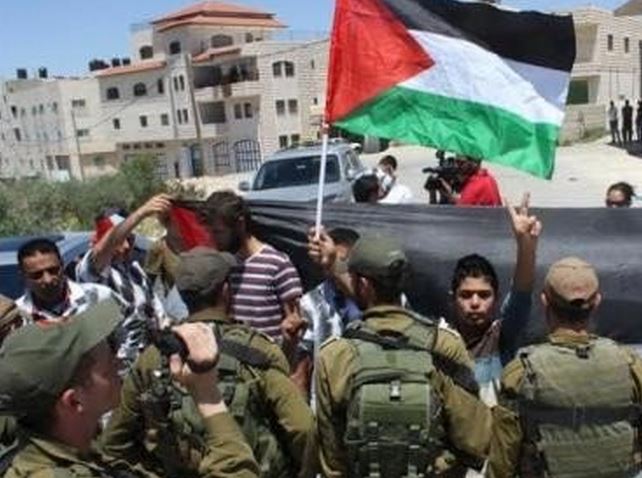 Israeli soldiers kidnapped, on Tuesday evening, the general coordinator of the Popular Resistance Committee in the southern part of the occupied West Bank, as he was heading back to Hebron.The soldiers stopped Mohammad Mheisin, from the southern West Bank city of Hebron, on a sudden roadblock they installed near Maale Adumim.

Yousef Abu Maria, media spokesperson of the National and Popular Committee against the Wall and Settlement in the southern part of the West Bank, said Mheisin was heading back home from Ramallah.

He added that soldiers stopped and searched dozens of cars, and interrogated several Palestinians, while inspecting their ID cards.

Also on Tuesday evening, a number of Israeli fanatics attacked a Palestinian car, south of the northern West Bank city of Jenin, and smashed its windows and windshield.

The attack took place near Sielet ath-Thaher town, near Jenin.

The car belongs to resident Firas ‘Obeid; he was driving in the area, along with his brother; no injuries were reported.